We rescued our sweet smoosh faced girl Nelly following a surgery, performed by a clinic through the shelter she came from, for a lame back leg. This arrangement was made because the shelter understood that ADR could not afford to have this surgery done on the poor pooch.

The procedure was a femoral head ostectomy.﻿ 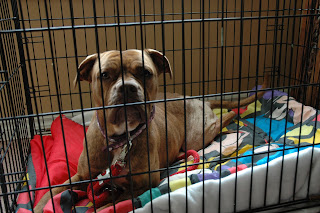 A couple months post-op, Nelly still was not using that leg.  Upon further investigation, it was discovered the surgery was done incorrectly.  As a result of not being used, her muscles went into atrophy.

Despite the terrible pain, Nelly was still cuddles and kisses for all people (and pooches) she met. 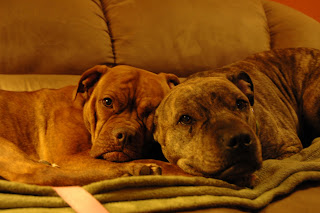 Funds were raised for corrective surgery and Nelly met with a trusted orthopedic surgeon, who, upon examining the leg, suggested we try physiotherapy before putting Nelly through another invasive (and costly) surgery.

We were referred to Four Paws Canine Fitness and Rehab with Heather Kennedy (our saving grace), who set us up with a therapeutic exercise program which included electrical muscle stimulation and low level laser therapy.  Within the first couple of weeks we were already seeing a noticeable difference and as the weeks went on Nelly became a completely different dog! 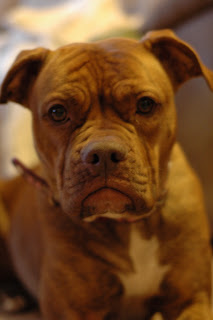 As Nelly's foster mom, I am sad to see her go, but so very excited and happy that Nelly found a family just as special as she is.  Make us proud little shadow!
Posted by ADR Co-Founder at 11:14 PM

Help Us Save Lives 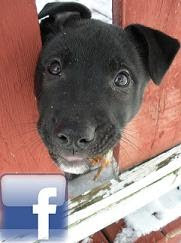